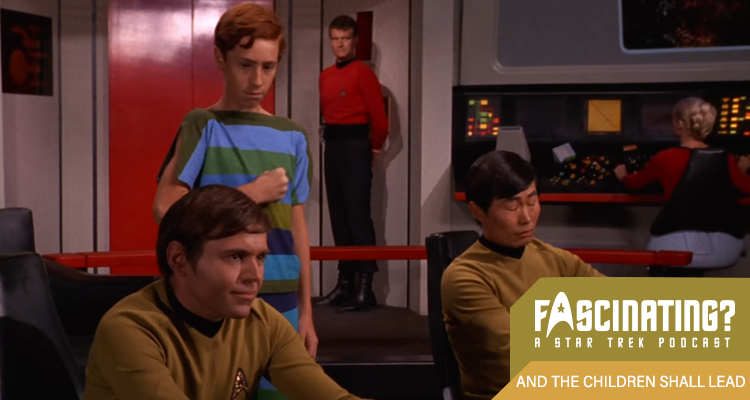 And The Children Shall Lead was the fourth episode of Star Trek’s third season to air, with a group of children attempting to take control of the Enterprise with the aid of a ghoulish green apparition. In this episode Gerry and Iain discuss the old adage about working with children and animals.


After the death of all the adults on a Federation colony, the apparently unaffected children come on board the Enterprise to be transported to the nearest Starbase. The eldest child, Tommy (Craig Hundley) leads the others in a series of games that show no indication of having processed the deaths of their parents.


It soon transpires that the children are in the thrall of a Gorgon (celebrity attorney Melvin Belli) who encourages them to take control of the ship and change its destination, putting the safety of all aboard at risk.


And The Children Shall Lead was directed by Marvin Chomsky, the first of his three episodes in the chair. The writer was Edward J. Lakso, thankfully his only writing credit for the show.


In this episode Gerry and Iain considered why these children were quite so irritating.


And The Children Shall Lead was released in 1968. It is 50 minutes long and originally aired on the NBC network. It can be viewed on Paramount+ in the United states, Netflix in the UK and is available on DVD and Blu Ray in other countries, including a comprehensive remastered set of all three seasons released by Paramount Home Entertainment.