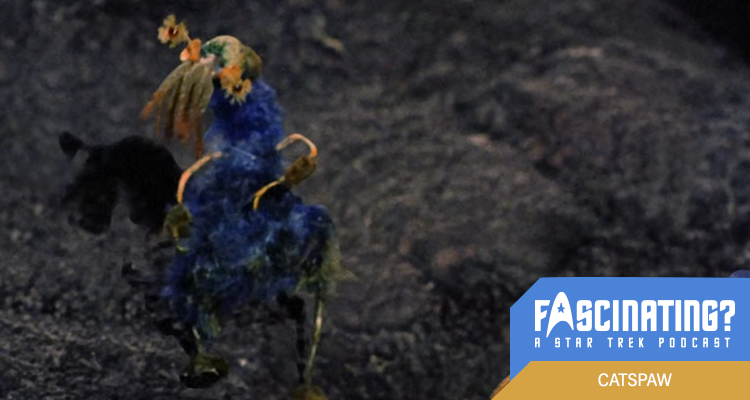 Catspaw was the seventh episode of Star Trek’s second season to air, with witches, a black cat and curses laid between Kirk and his missing crewmen. In this episode Gerry and Iain discuss tiny blue space chickens.


When two crewman fail to return from a routine landing mission and a third beams up dead, Kirk takes Spock and McCoy with him to retrieve the missing men, despite a ghostly warning from their fallen compatriot.


Encountering first witches, then an ominous cat in an ominous castle, the trio make contact with Korob (Theo Marcuse) and Sylvia (Antoinette Bower) who hold the key to the fate of Sulu and Scotty.


Catspaw was directed by Joseph Pevney, the eighth of his fourteen Star Trek episodes. The writer was Robert Bloch, the second of his three stories for the show.


In this episode Gerry and Iain considered the command potential of La Salle.


Catspaw was released in 1967. It is 50 minutes long and originally aired on the NBC network. It can be viewed on CBS All Access in the United states, Netflix in the UK and is available on DVD and Blu Ray in other countries, including a comprehensive remastered set of all three seasons released by Paramount Home Entertainment.