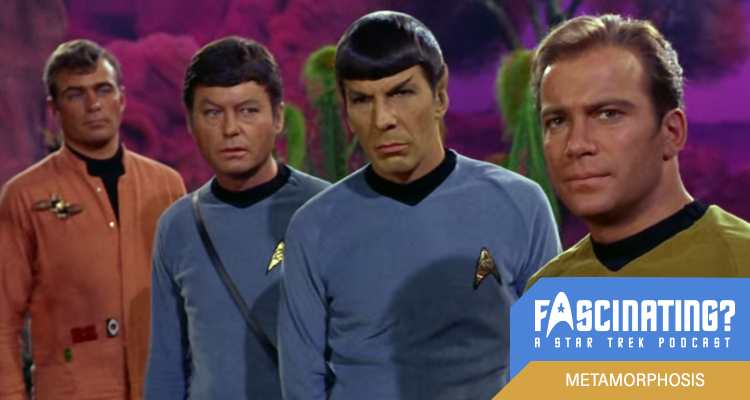 Metamorphosis was the ninth episode of Star Trek’s second season to air, with an historic figure from Earth’s past coming face to face with Kirk. In this episode Gerry and Iain discuss strange cloud formations.


While transporting Commissioner Hedford (Elinor Donahue) for urgent medical treatment, the shuttlecraft Galileo encounters an unknown phenomenon that forces it down to a nearby planet’s surface.


Metamorphosis was directed by Ralph Senensky, the second of his seven Star Trek episodes. The writer was Gene Coon.


In this episode Gerry and Iain considered the ethics of reanimating a corpse with a cloud.


Metamorphosis was released in 1967. It is 50 minutes long and originally aired on the NBC network. It can be viewed on CBS All Access in the United states, Netflix in the UK and is available on DVD and Blu Ray in other countries, including a comprehensive remastered set of all three seasons released by Paramount Home Entertainment.