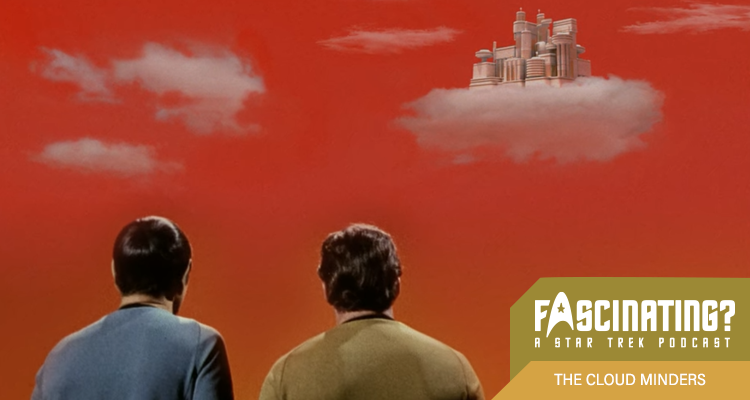 The Cloud Minders was the twenty-first episode of Star Trek’s third season to air, with a starkly divided society causing Kirk and Spock to weigh their moral codes against an urgent rescue mission. In this episode Gerry and Iain discuss whether something you can’t see could harm you.


Arriving at the planet Ardana, Kirk and Spock discuss the planet’s cloud city and its reputation for high art and intellectual pursuits, but their misconceptions are shattered when they arrive to collect a vital consignment of the mineral zenite to resolve a botanical plague on Merak II.


At first attacked by miners under the leadership of Vanna (Charlene Polite), the two are assisted then taken to the cloud city Stratos by High Advisor Plasus (Jeff Corey) where Spock takes a shine to Plasus’ daughter Droxine (Diana Ewing). Outraged by the inequity of the planet’s social ordering, Spock tries to convince himself that the object of his desire is an innocent bystander, but events soon challenge that conviction.


The Cloud Minders was directed by Jud Taylor, the last of his five third season episodes. The teleplay was written by Margaret Armen, the last of her three episodes for the show.


In this episode Gerry and Iain considered whether it is ever appropriate to implement a mask mandate.


The Cloud Minders was released in 1969. It is 50 minutes long and originally aired on the NBC network. It can be viewed on Paramount+ in the United states, Netflix in the UK and is available on DVD and Blu Ray in other countries, including a comprehensive remastered set of all three seasons released by Paramount Home Entertainment.